Day of the Dead

Today is Día de los Muertos --Day of the Dead-- a good time indeed to reflect of those who’ve passed. 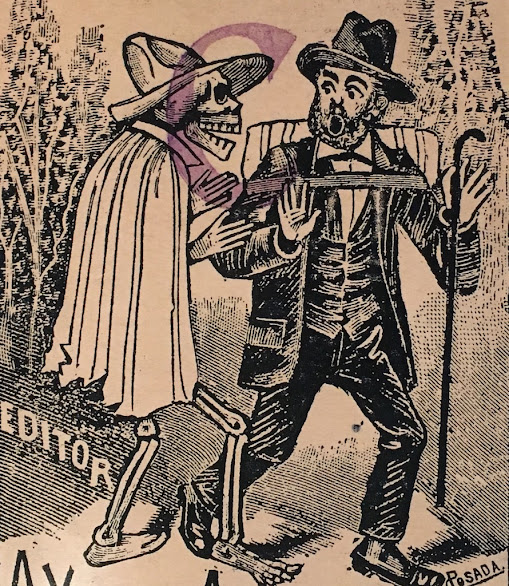 The Covid-19 pandemic, and long hiatus from what we like to call ‘normal’ life, meant many left the planet under-acknowledged—sort of lost in the shuffle (a pretty grime at that).

One of those was a really fine cartoonist, Norman Dog (known in some realms by the name Raymond Larrett).  Norman Dog died in January 2020—for me completely under the radar. I didn’t hear rumors of his passing for some months. (Probably my lack of Facebook participation didn’t help in this case).

I’d last sen Norman at the San Francisco Cartoon Art Museum on June 15, 2019 where we both spoke at an event surrounding Jon Cooke’s book release of the Book of Weirdo. I always enjoyed seeing Norman Dog and felt he deserved much more critical and historical attention for his work than he received.

In any case, here is a much belated salute to a fine artist and truly fascinating person. 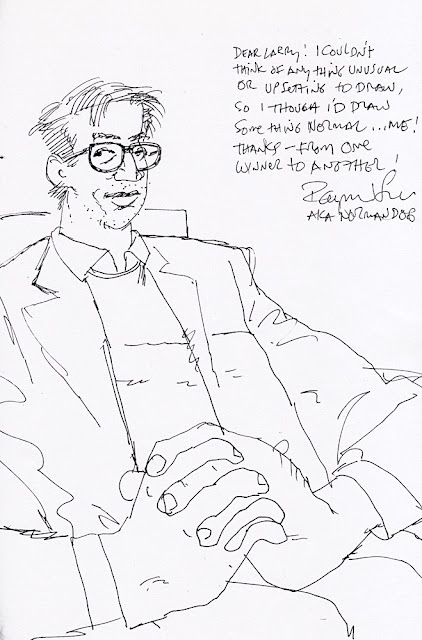 A drawing Norman Dog did for me at a Loonies get together many decades ago. 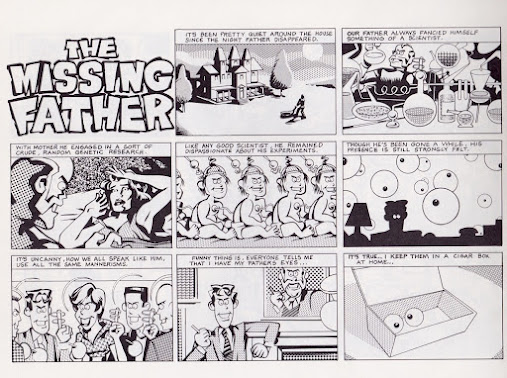 Here are a couple of strips from his book Bad Habits. 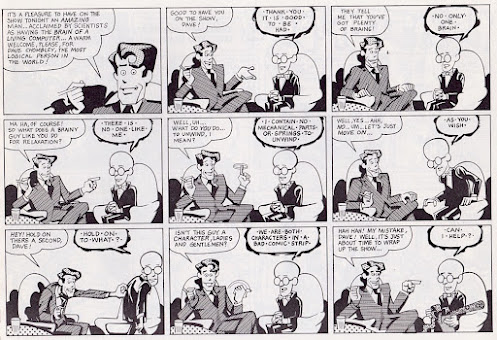 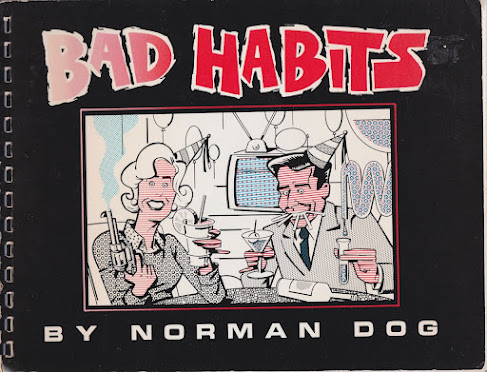 And speaking of the Loonies--a casual monthly floating 'Salon for Funny Folk' --here are a couple of flyers Mr. Dog did for the event. 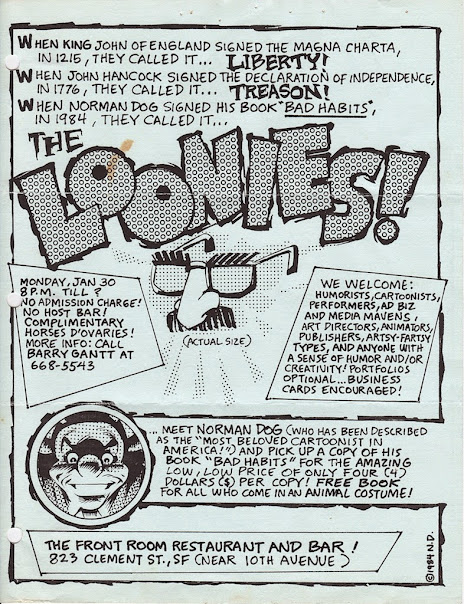 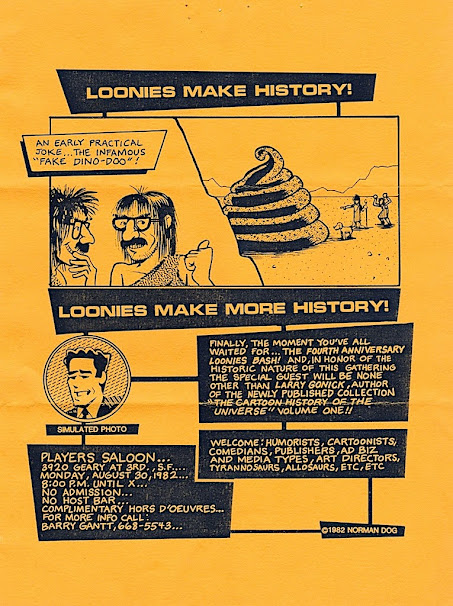 Norman Dog, in his civilian persona as Raymond Larrett, had a day job as a graphic designer for Bill Graham’s Winterland productions in San Francisco. I always presumed (since I don’t recall seeing any of his non-cartoon work) that he created rock n’roll t-shirt designs, posters and promotional materials. For many, many year he also maintained a regular weekly comic feature in the East Bay Express  and did illustration work for the paper as well.

Here’s a glimpse of some of that. 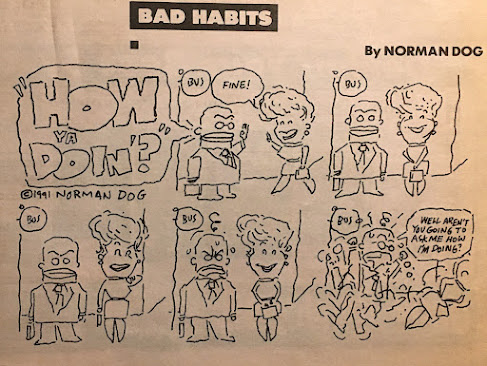 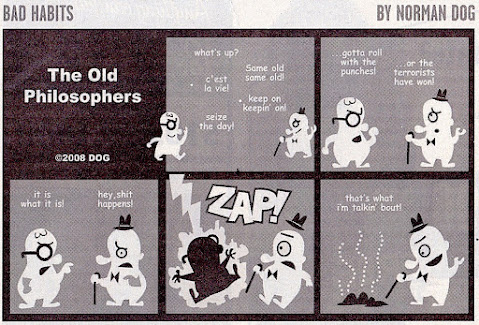 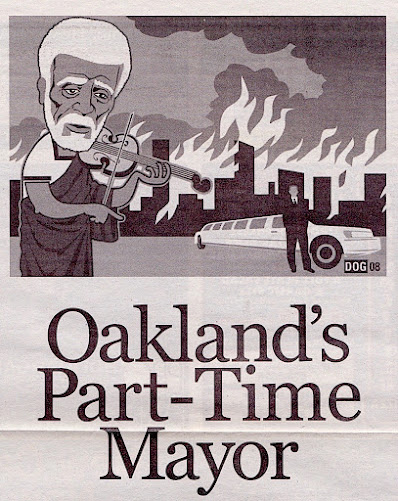 He started his own press --Puzzled Squirrel. And published a few books including this one: 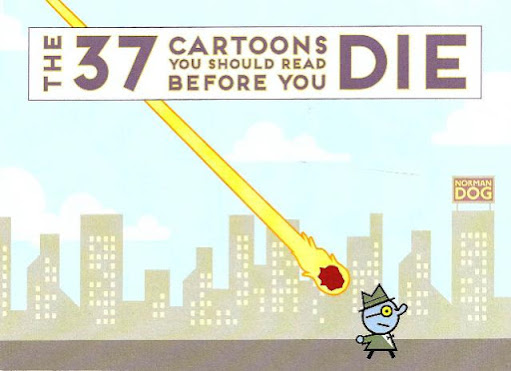 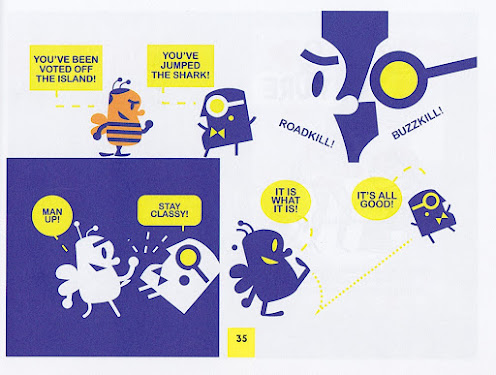 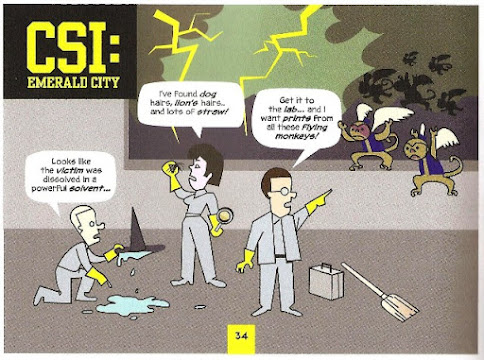 A masterful cartoonist and illustrator. 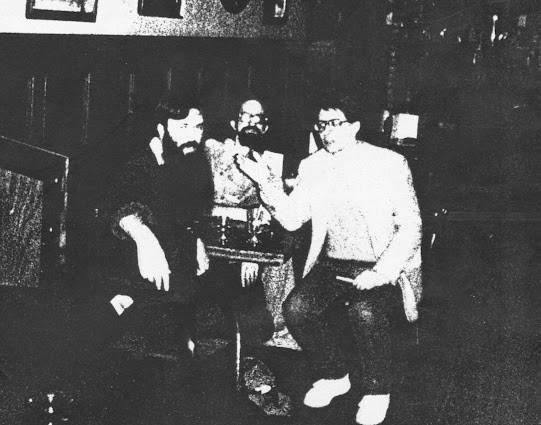 Here’s my lone, strange highly degraded, photo of me, Roger May and Norman Dog at a Loonie’s meeting somewhere circa early 1980’s.

Posted by Larry Rippee and Molly Rea at 9:17 PM