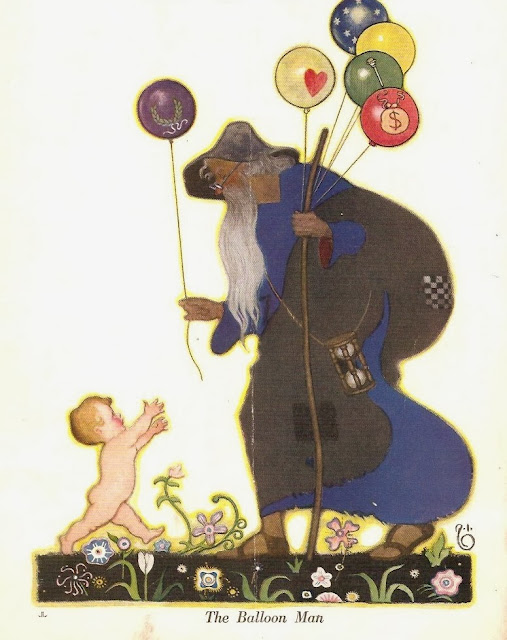 Art from the 1921 end of the year edition of Life drawn by Molly's grandpappy, Rea Irvin.
Posted by Larry Rippee and Molly Rea at 5:58 PM No comments: 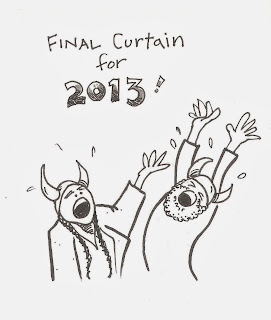 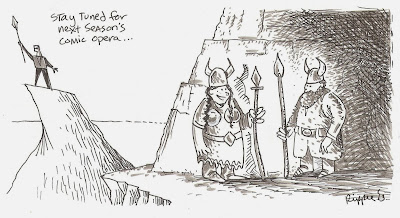 Merry post-Christmas and a Happy New Solar Cycle !
Posted by Larry Rippee and Molly Rea at 8:01 PM No comments:

Larry's Cartoon Vault: The Cartoon Ghosts of Christmas Past

A little holiday cheer from three classic humor weeklies of days gone by. 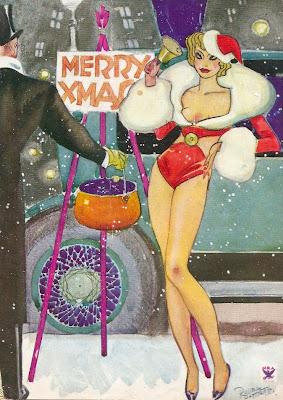 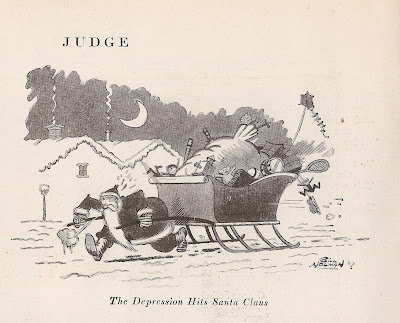 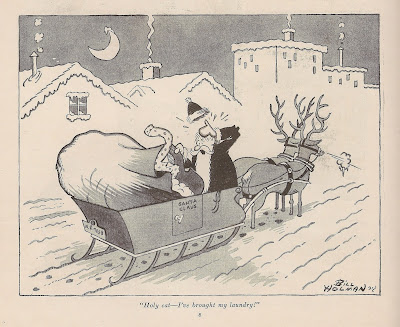 Two cartoons by the ever zany Bill Holman from Judge 1931. 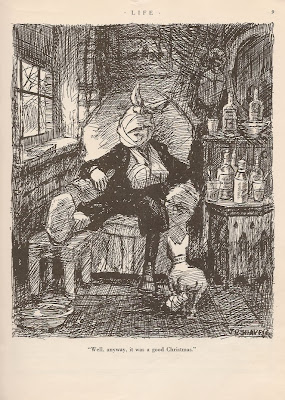 Merry Christmas from Larry and Molly!

Posted by Larry Rippee and Molly Rea at 1:54 AM No comments:

Reading a news item recently regarding national security issues, I was surprised to learn that the Espionage Act was currently being used to prosecute government employees for leaking classified information to journalists.

In my innocence, I was somewhat surprised to learn that the Espionage Act --enacted in 1917-- was still in existence at all.   I only knew of the law in association with a series of infamous trials during World War I.

For me, the term “espionage” conjures up images of invisible ink, secret passwords, spies thwarted from blowing up the Brooklyn Bridge or some such.

However, the case I’m most familiar with from the WWI era had to do with the activities of a “dangerous” cartoonist who used very visible India ink.

Young was one of a number of artists and writers who were placed on trial for conspiring to obstruct military enlistment under the Espionage Act.

Young, a well-known and successful cartoonist, had a career that began around 1889.  He worked for a variety of newspapers and freelanced to major humor magazines such as Puck, Life and Judge. He drew straight gags, social satire and progressive political cartoons. He also was a frequent contributor the Socialist magazine, The Masses (many of the finest cartoonists, illustrators and artists of the day contributed to The Masses including John Sloan, George Bellows, Robert Minor, Broadman Robinson and Robert Henri).

The Espionage Act was originally enacted on June 15, 1917 to prevent the support US enemies during times of war.   During WWI, the Espionage Act was broadly interpreted to include pretty much any criticism of Woodrow Wilson administration’s war efforts.

Below is "Exhibit F" in Art Young’s trial for sedition:

It’s hard today to imagine that an editorial cartoon that disapproves of war so generically could be viewed as a kin to an act of violence or sedition.

Somewhere along the line a law intended to thwart foreign subversion –like blowing up the Brooklyn Bridge—was instead being employed to censor the press.

Young’s take on the proceedings was remarkable:

“… I did not expect to be hung if found guilty, or shot at sunrise. At the worst I was sure it would be but a few years in prison.” (Italics my emphasis).

He may be best remembered for falling asleep during the “trial for his life”.

Among other writers and artists tried at the time included editor Max Eastman, H.J. Glintenkamp, John Reed and even poet Josephine Bell (she wrote a poem about Emma Goldman).

Ultimately, the jury split and the judge called a mistrial.  On Oct 1918, a second trial for conspiracy was held. Again resulting with a split jury. 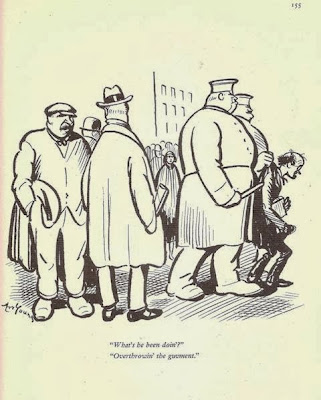 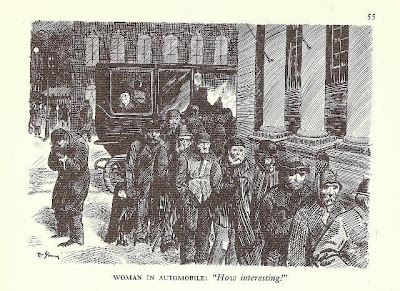 For more on the subject check out these books by Art Young:

Art Young: His Life and Times

The Best of Art Young

Art for the Masses by Rebecca Zurier

Posted by Larry Rippee and Molly Rea at 4:38 PM No comments:

Thinking of the remarkable Nelson Mandela. Here is a cartoon by South African cartoonist, Zapiro, done some years ago (2003) but still rings true. A great moral leader. From Zapiro's book Dr.-Dolittle and the African Potato
Posted by Larry Rippee and Molly Rea at 11:26 PM No comments:

Marin artist, Mot, recently made these bobble heads of the Fab Four, Bill Shakespeare and some Dead guys. They are hand carved from wood and hand painted. Mot will be selling wooden toys and other such items at the Holiday Crafts Fair at the San Geronimo Valley Community Center on December 7th. 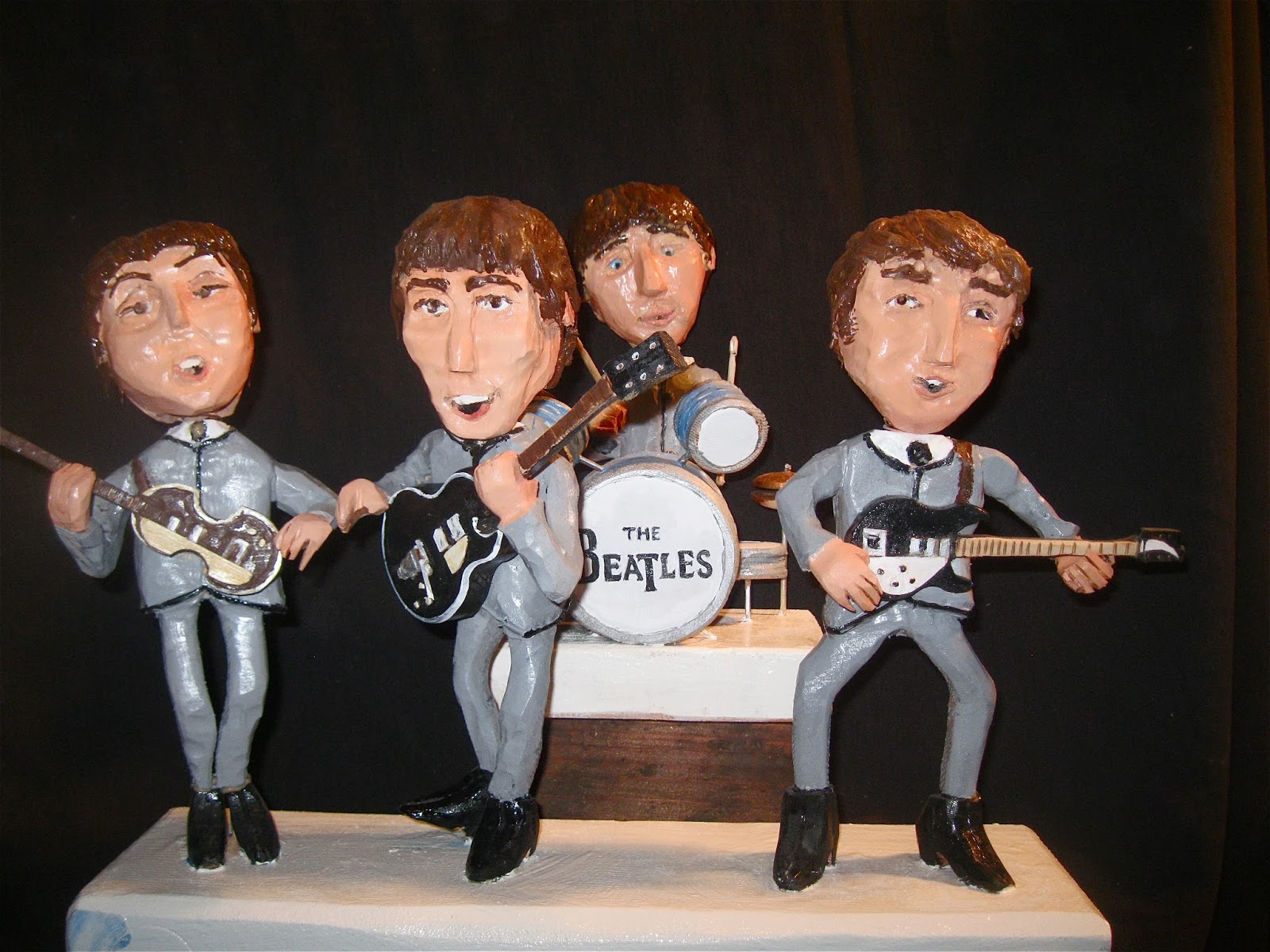 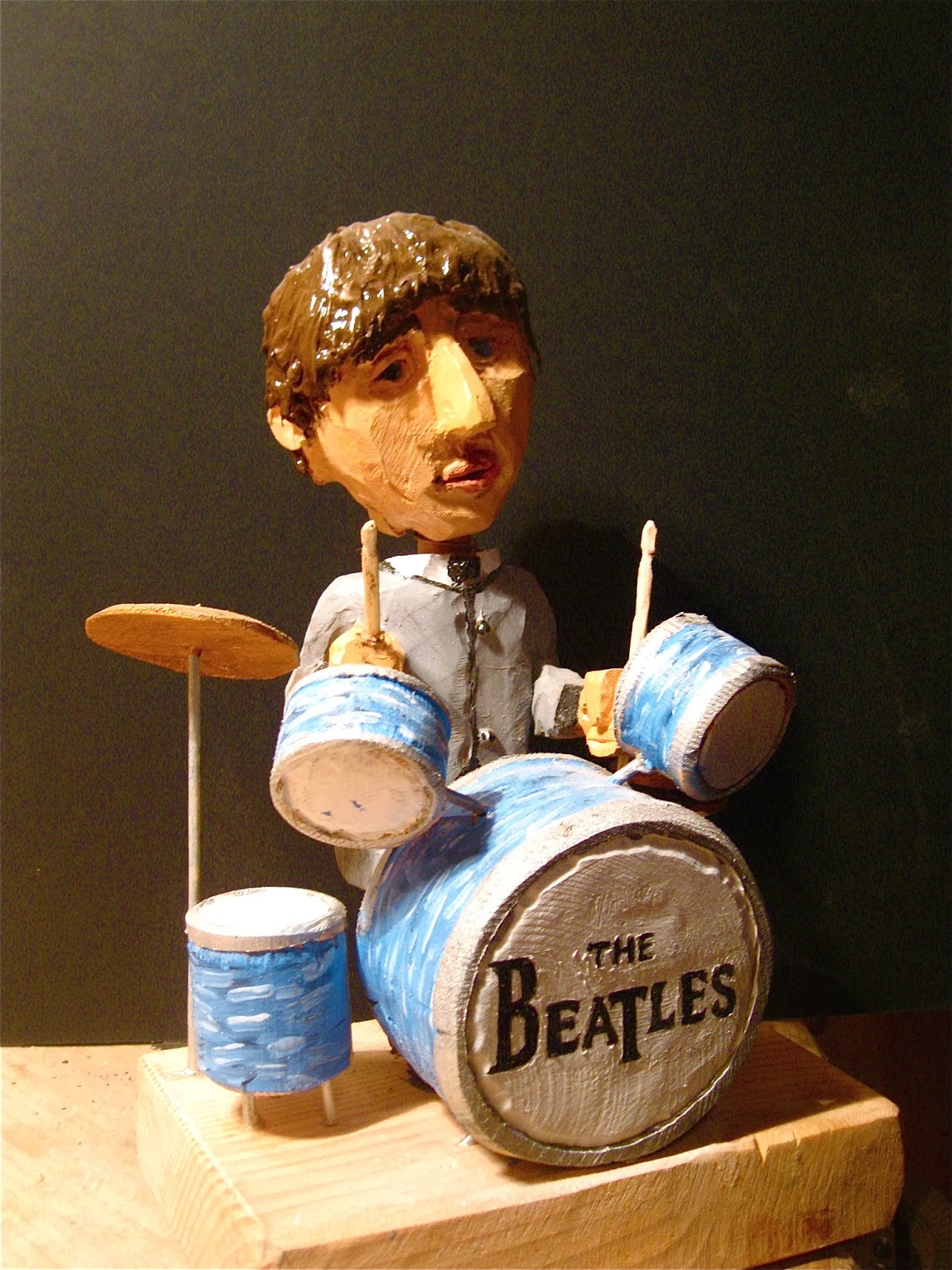 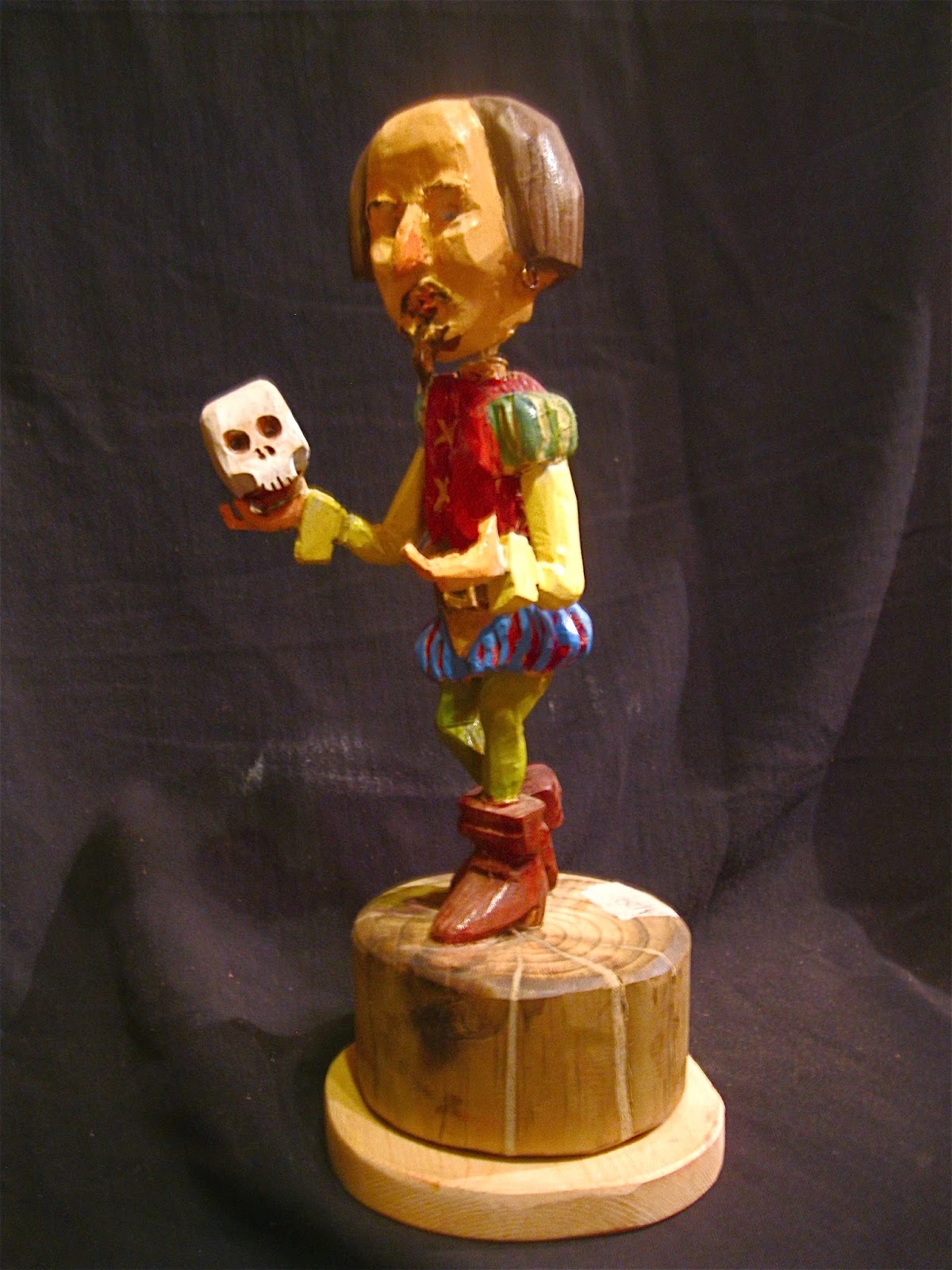 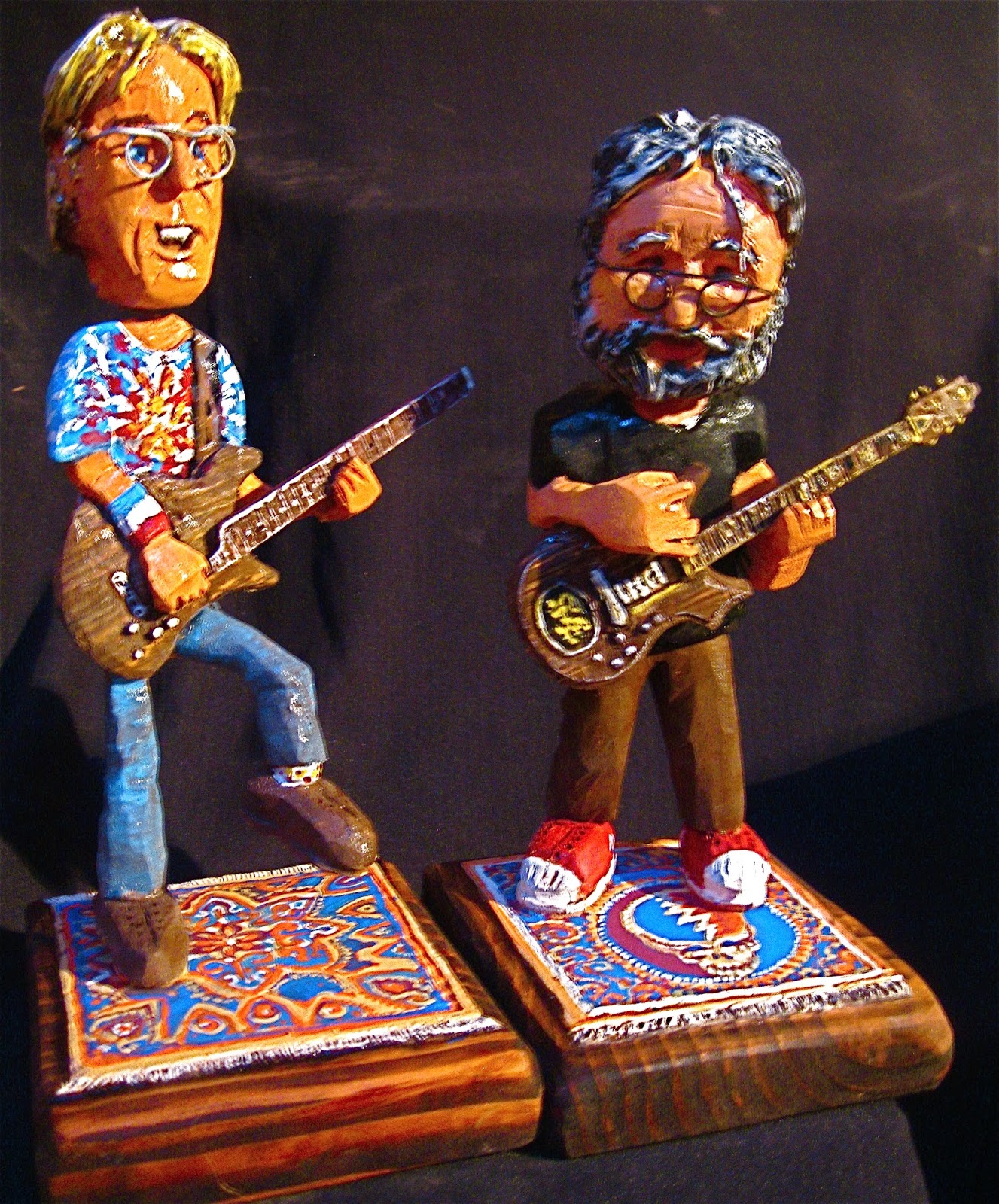 Thanks to Mot for the snaps. You can find more on Mot on previous posts on this blog (check the Search) or take a gander at his website www.motartstudios.com
Posted by Larry Rippee and Molly Rea at 3:32 PM No comments:

Last Show of the Year at SGVCC

We just concluded the last exhibit for the year 2013 in the Maurice Del Mue Galleries at the San Geronimo Valley Community Center.

The November show was a retrospective of the work of the late dancer, calligrapher and painter, Jenny Hunter Groat  (1929-2013). 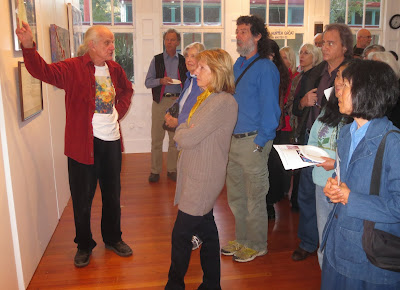 Peter Groat, Jenny's husband, conducted a talk on Jenny's work at the reception. 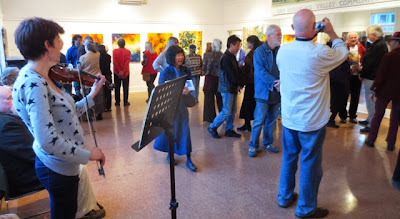 The reception was held on November 10th.

Posted by Larry Rippee and Molly Rea at 5:29 PM No comments: