George Metzger is a somewhat unheralded pioneer of underground and alternative comics. 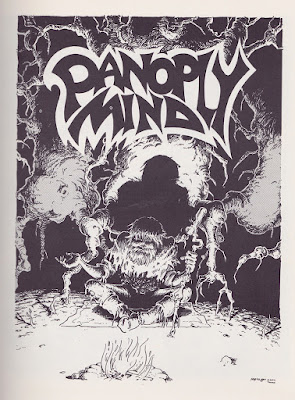 He was drawing comics with an ‘underground’sensibility  before there was a formal notion of underground comics.  He started in the science fiction fandom circles and gravitated to the burgeoning comic book fanzine movement of the early 1960s. Most notably Metzger contributed to Fantasy Illustrated (later titled Graphic Story Magazine- the publication responsible for coining the terms ‘Graphic Story’ and ‘Graphic Novel’).  His fanzine work anticipated the underground comics that were to appear on the horizon just a few years later. 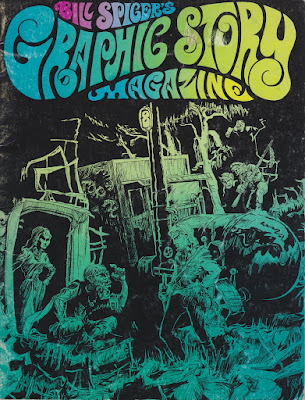 Metzger’s work was almost always science fiction—a kind of mash-up collision of hippie-post-apocalyptic themes that decades later would probably have been labeled Steampunk. 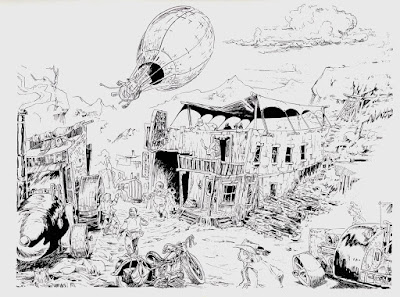 Also a hint of Manga… 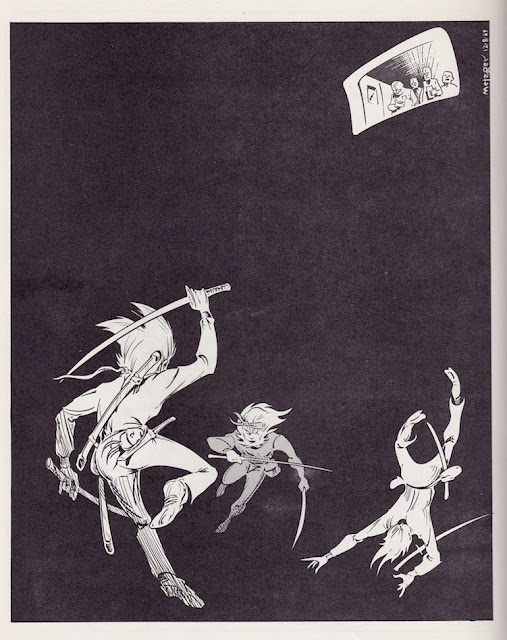 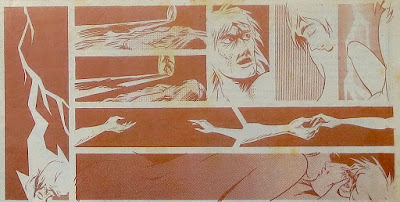 And he was doing all of this before there was truly a format to accommodate this sort of work.  (His work among the usual fan-boy Super Hero stylings that appeared in Star Studded Comics, Voice of Comicdom and other fanzines stuck out like a very creative sore thumb). 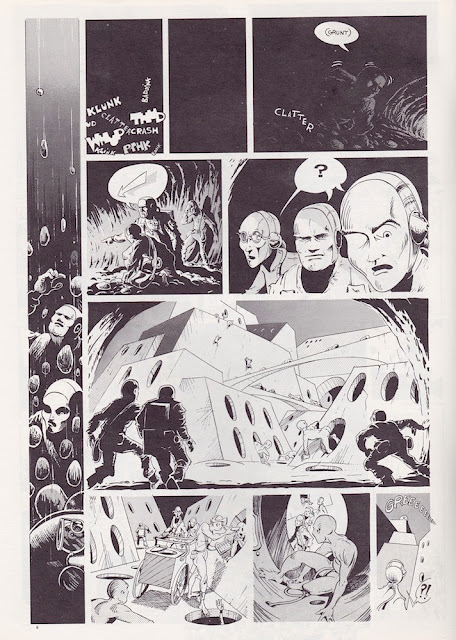 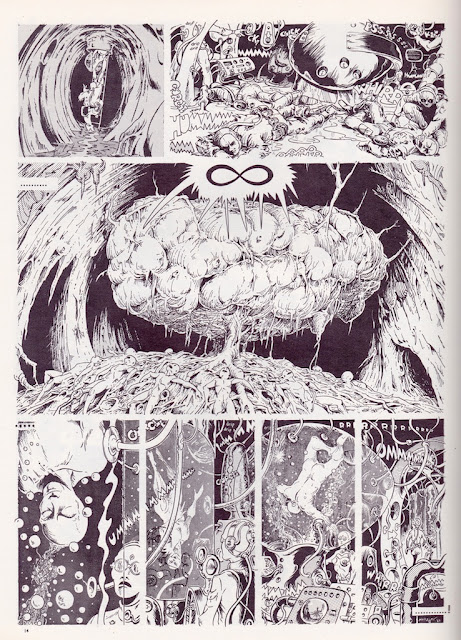 His story, Master Tyme and Mobius Tripp, in Fantasy Illustrated #7 raised a ruckus among its readers (who were usually among the most open minded in comic fandom of the time). 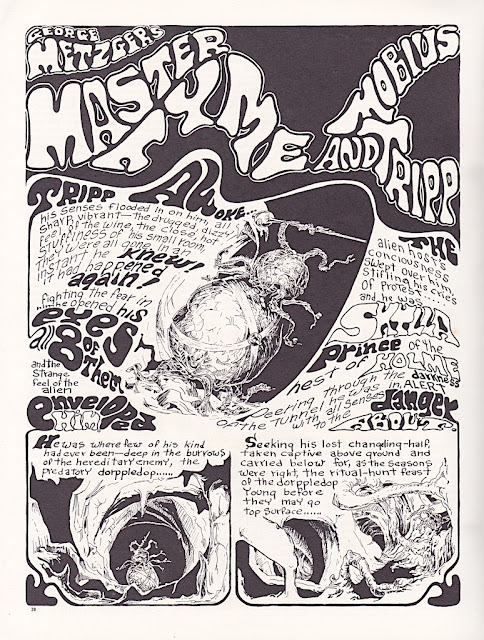 One letter writer of the time said:

“My first reaction is that I hope not all your experimental work is like this one.

Although editor & archivist John Benson called Master Tyme and Mobius Tripp possibly "the most original comic story in a decade”.

With all this said,  I’m offering --from the Cartoon Vault--a very early document: letters by Metzger from the science fiction fanzine, Pastell, edited by Bjo Trimble dated June 1966.

( I've always been intrigued by the title "Whatever Happened to George Metzger" --since in 1966, it was the first time I had ever heard of him). 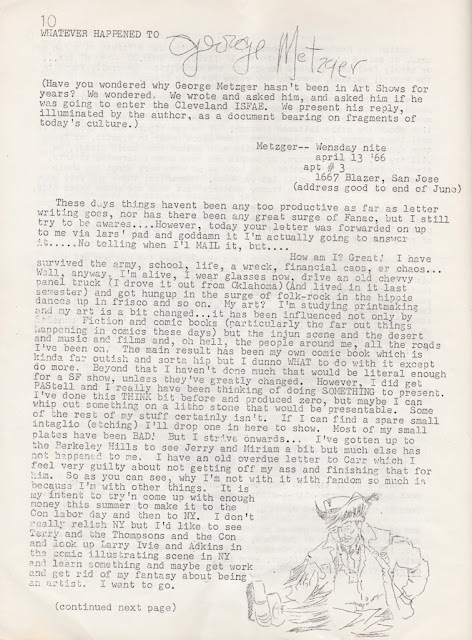 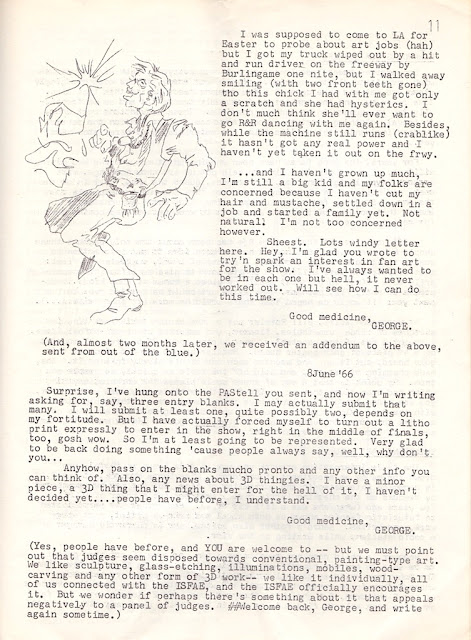 Posted by Larry Rippee and Molly Rea at 4:28 PM No comments:

After seeing Guy Colwell's fine exhibit at 111 Minna Gallery (and posting the previous post) I started thinking about what's in the archives here.

I've ferreted out a few items of interest of times gone by. Here goes: 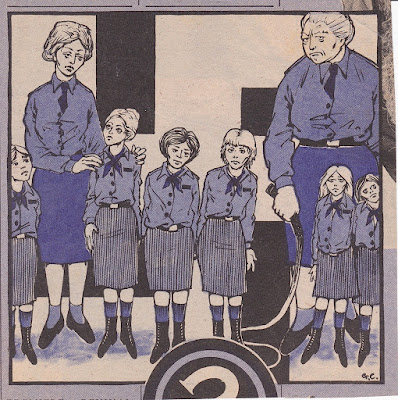 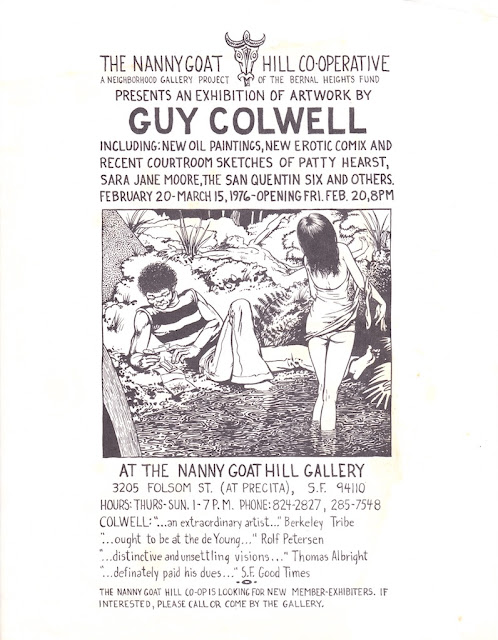 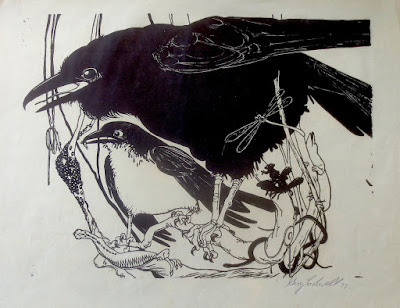 A beautifully done woodcut by Guy. I've had this since 1977 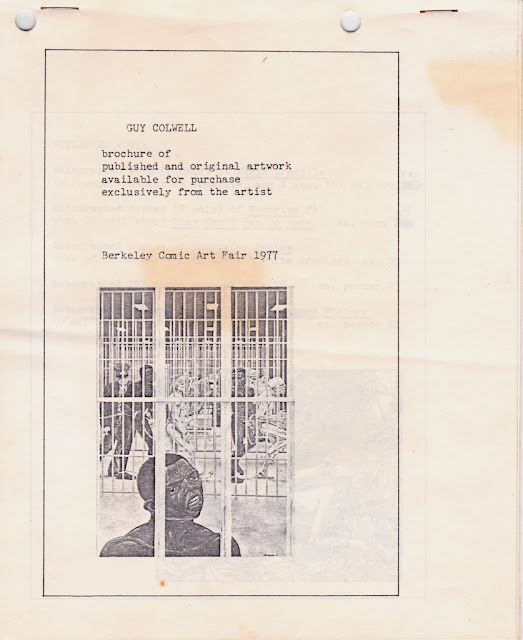 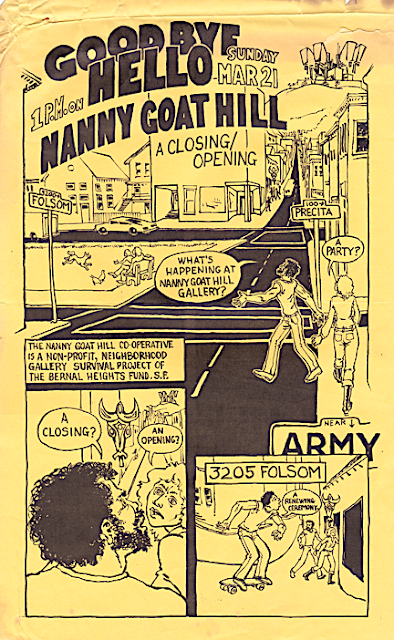 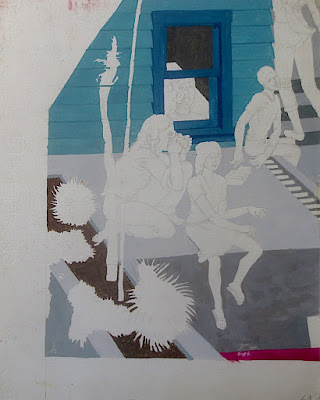 An incomplete piece circa 1979 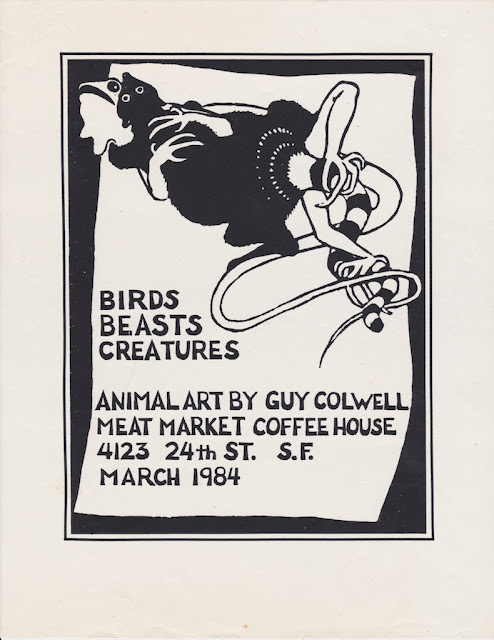 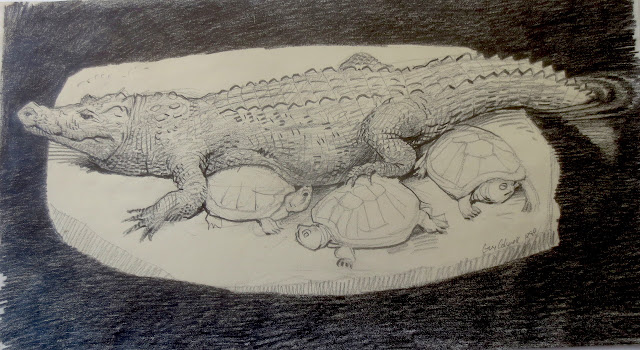 I got this piece from Guy from the above exhibit at the old Meatmarket Coffeehouse in SF, 1984 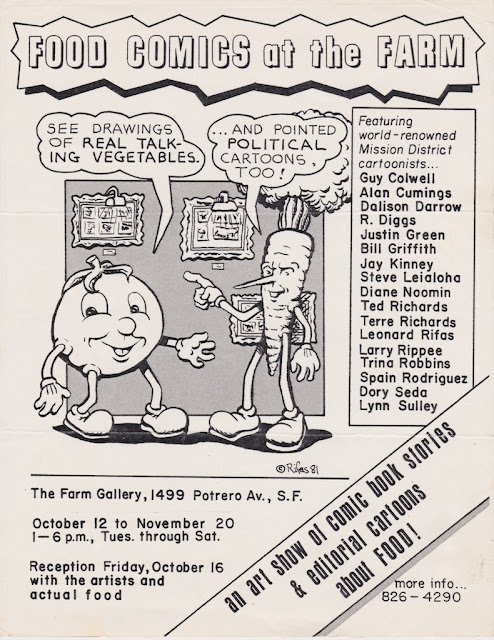 In 1981 Leonard Rifas organized this exhibit of food related cartoons at the Farm Gallery. Many of the comics had previously  appeared in Leonard's comic book Food Comics)

Here's Guy's bio from the catalog: 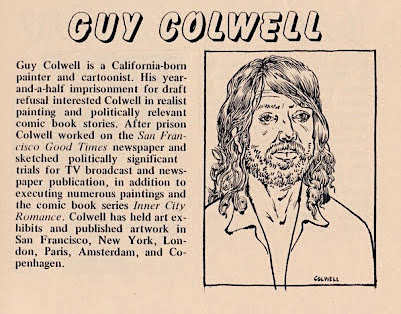 Posted by Larry Rippee and Molly Rea at 5:30 PM No comments: